About Us About COIL 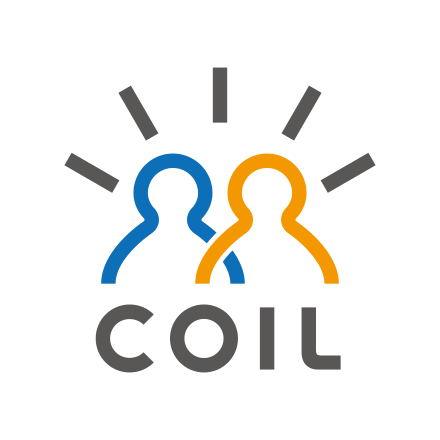 Creating an inclusive society* where we can acknowledge diversity, respect and support individuality, is advocated as an immense social issue.

COIL (Co-Innovation Laboratory) considers creating an inclusive society as a social issue that needs to be solved. It has been established with the goal of creating economic, as well as social value by involving various stakeholders by solving this issue.

*Inclusive society: a society where people with disabilities who haven’t always had the opportunity to fully participate in society, can actively partake in and contribute to it.

About the wheelchair project

Co-Innovation Laboratory have been using the Strohkendl Plan since December 2018, with the aim of creating an inclusive society where diverse individuals can enjoy life and support each other, inheriting the principles and last wishes of Dr. Horst Strohkendl, our honorary advisor, who worked on promoting wheelchair users’ participation in society through sports for over 50 years.

(December 8th, 1941 – August 19th, 2018, died at age 76)
He proposed the functional classification system in his doctorate thesis in the early ‘80s, creating the basics of the classification system currently used at the Paralympic Games, held positions on the Technical Commission in the International Wheelchair Basketball Federation, and was part of the Executive Board in the International Wheelchair and Amputee Sports (IWAS) World Games, contributing towards his field internationally.
He worked on educating sports instructors in Germany, created the ground for establishing more than 300 community clubs for wheelchair sports, and he was called the father of wheelchair sports. After he retired from the University of Cologne in 2006, he held seminars and lectures for educating instructors all over the world. He visited Japan 14 times. He was an honorary advisor of our firm from February 2018.

For the creation of an inclusive society

It is necessary to shift from the old, company-centered way of creating values, to start a collaboration between companies and customers in order to generate innovation, and correspond to the diversifying values of consumers.

Co-Innovation Laboratory creates new business opportunities from building an inclusive society, by involving various stakeholders, in order to create a cohesive society, where we can respect each other’s individuality, and acknowledge diversity.

Co-Innovation Institute is a member of the Public-Private Partnership Platform on SDGs for Regional Revitalization. This platform was established by the Cabinet Office to promote public-private partnerships and deepen partnerships with a wide range of stakeholders, including local governments and companies that create new added value for local economies, NGOs and NPOs with expertise, universities and research institutions, and others working to achieve the SDGs.

Co-Innovation Institute is a member of the SIMI (Social Impact Management Initiative).
The members are organizations that have agreed to contribute as much as possible to the promotion of social impact management by implementing and encouraging social impact evaluation, utilizing guidelines and evaluation tools, and proactively sharing their findings.

Co-Innovation Laboratory is a member in SPORTS FOR TOMORROW, an international sports contribution project promoted by the Japanese government in preparation for the year 2020.